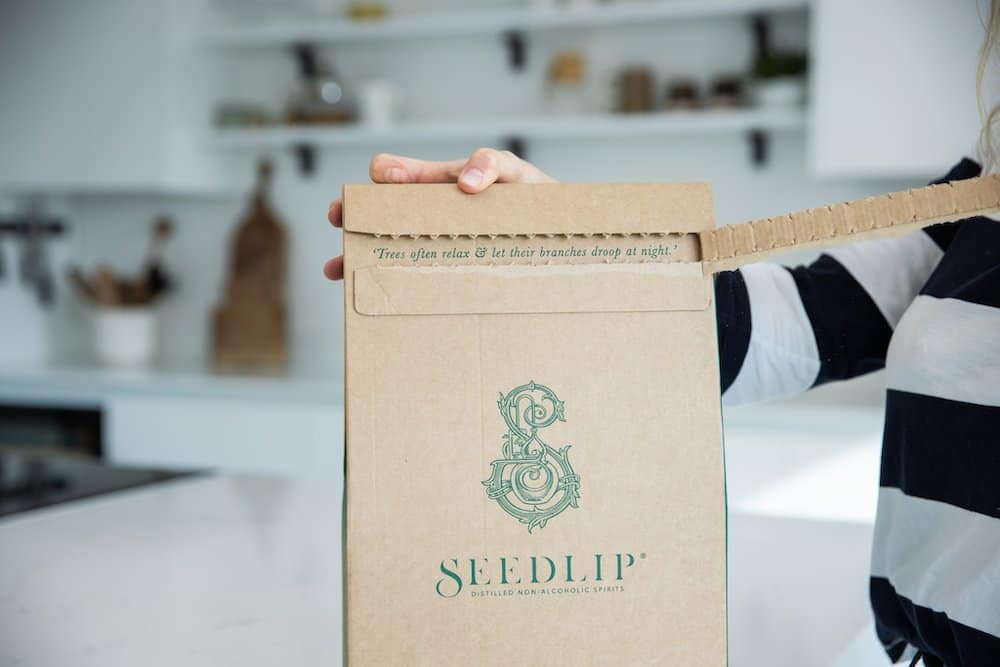 Seedlip have played a huge part in paving the way for sustainable packaging within the drinks industry. We chat to their NPD Manager, Cat.

Can you tell us a little more about Seedlip?

Seedlip is a nature company, inspired and informed by the natural world and intent on celebrating and protecting it. We’re the world’s first distilled non-alcoholic spirit, solving the dilemma of ‘what to drink when you’re not drinking’. Pioneering a new non-alcoholic spirits category, Seedlip is on a mission to change the way the world drinks with the highest quality non-alcoholic options. 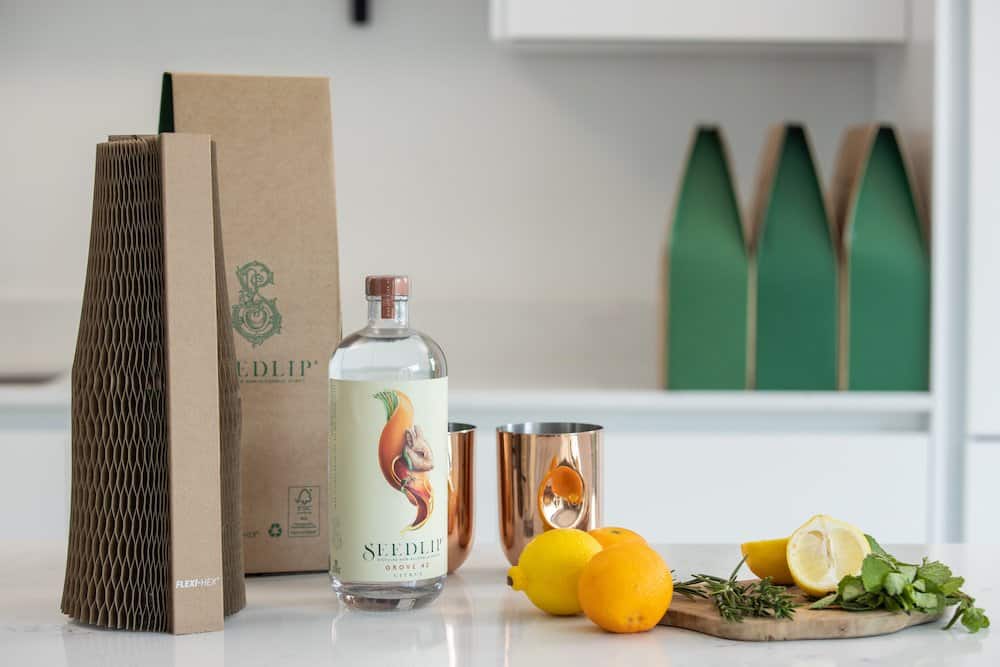 As the first to market, we are leading a new era of choice for consumers, in a sector that has boomed since the brand launched. What began in a kitchen in the woods is now part of a worldwide revolution, and the way we drink is indeed changing - the days of lime and soda are over, and sugary carbonated or fruit juice-based drinks just won’t do.

The business was founded by farmer-turned-entrepreneur Ben Branson whose passion is to provide an alternative way to drink and socialise, in a healthy and natural way. It all started when Ben discovered physician John French’s 1651 book, The Art of Distillation, of non-alcoholic recipes. Following two years of experimentation to develop a bespoke distillation process for each individual ingredient, Seedlip’s aromatic Spice 94 debuted in Selfridges in late 2015 – the very first batch of 1,000 bottles sold out in just three weeks, the next in three days, and the next in less than half an hour.

Ben has continued his own family’s 320-year old farming legacy and sources the very best ingredients from nature, carefully selecting herbs, spices, peels and barks, that the brand’s master distiller can work with.

We know that Seedlip is committed to protecting the natural world through sustainable practices – what have been the most significant changes you’ve made this year?

We are just about to complete a Life Cycle Analysis on Seedlip. It has also highlighted some key growth areas for us to move the dial on our emissions and edge us closer to our sustainability ambitions. We always aim to make our pack as recyclable as possible but pushed ourselves with our latest NPD Project - our Mycelium Giftpack. Working with the Magical Mushroom Co we take biomass and add mycelium together in a mould. It weaves in and around the biomass acting like a living glue - growing our own gift boxes in 5 – 7 days. 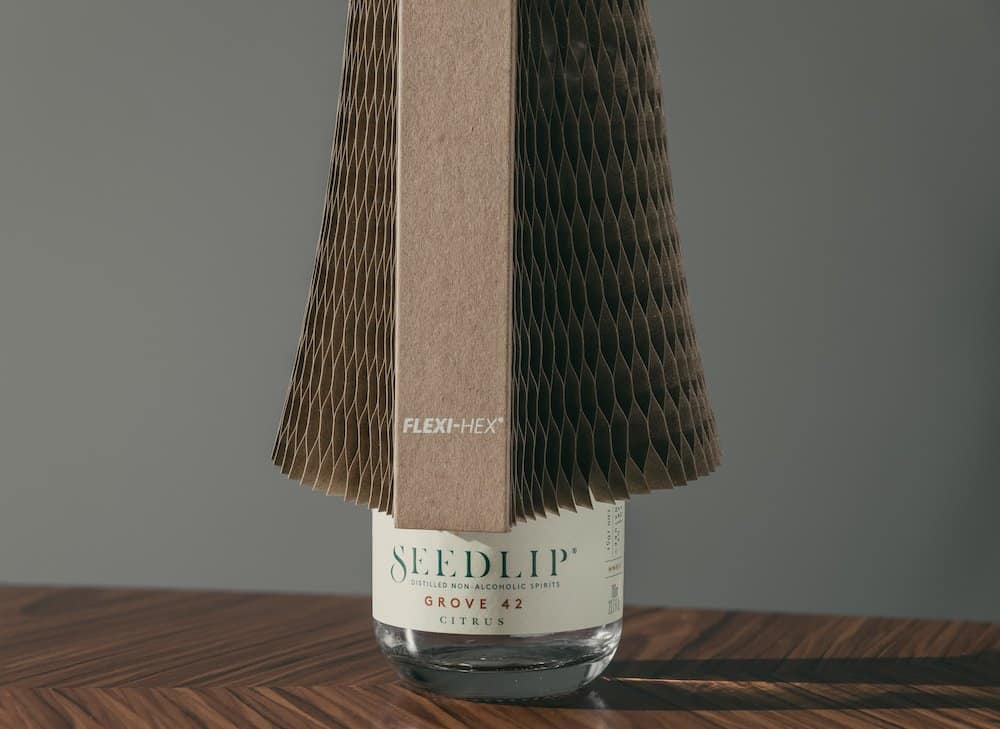 Innovation is clearly at the core of your company, as a team, how do you approach it?
Everyone is treated as an entrepreneur and a sustainability champion at Seedlip – we are encouraged to challenge the way we do things and have processes and forums to bring forward any ideas. 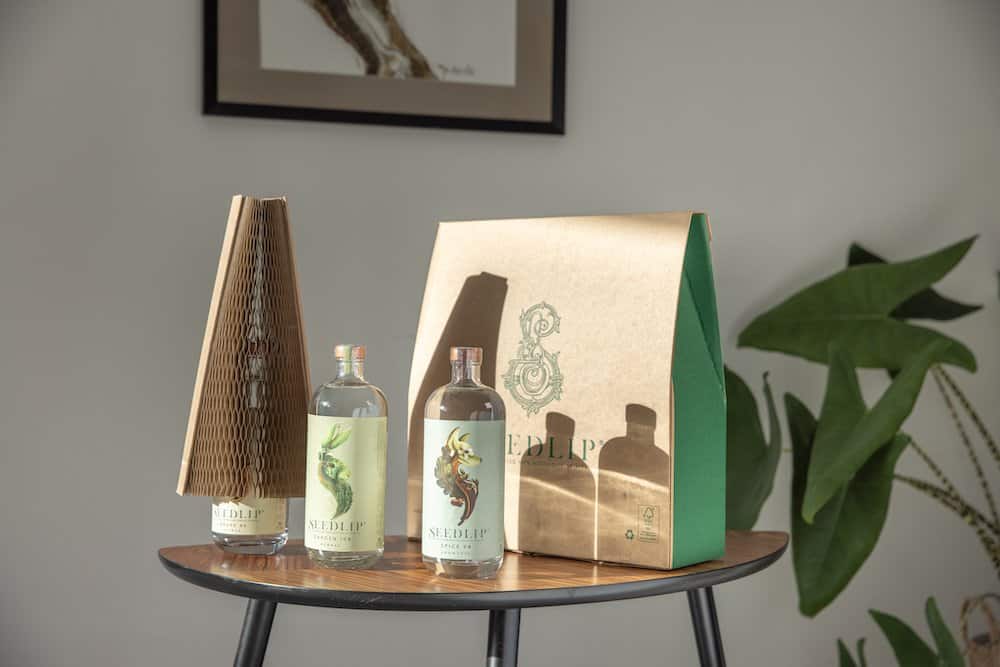 "Flexi-Hex® really have created something special. We at Seedlip believe it to be best in class for e-commerce packaging - durable, sustainable, unique and beautiful."

We’ve loved working with you and couldn’t be more appreciative of your support, what would you say to other people who are considering switching to Flexi-Hex?

The team are a delight to work with and have made the whole development process simple and enjoyable. They are already taking the industry by storm and will continue to drive environmental improvements. 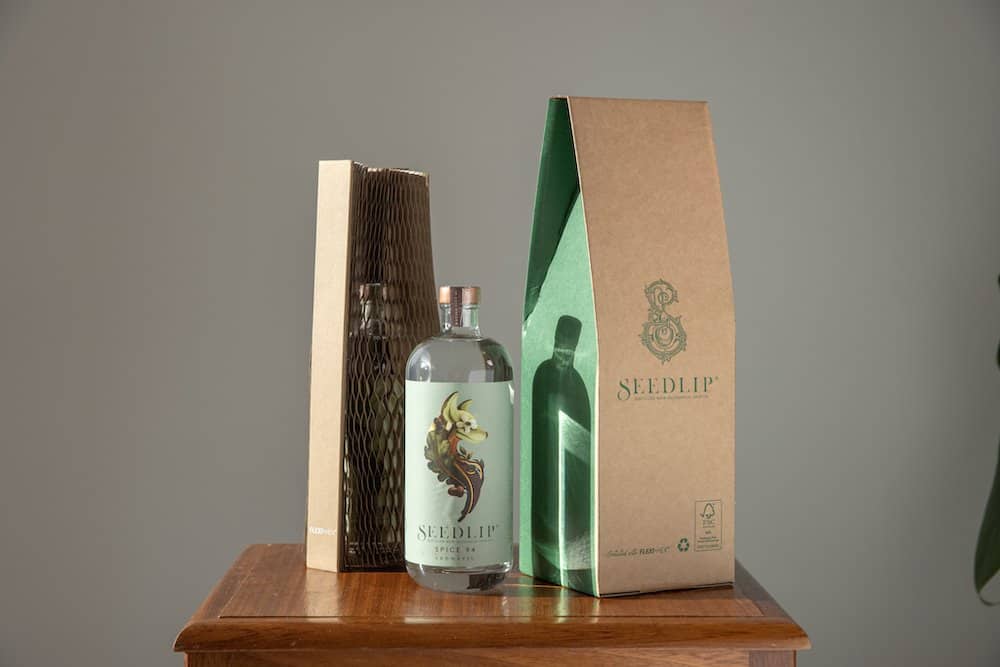 Our Journal
We use cookies on our website to give you the most relevant experience by remembering your preferences and repeat visits. By clicking “Accept”, you consent to the use of ALL the cookies.
Cookie settingsACCEPT
Manage consent

This website uses cookies to improve your experience while you navigate through the website. Out of these, the cookies that are categorized as necessary are stored on your browser as they are essential for the working of basic functionalities of the website. We also use third-party cookies that help us analyze and understand how you use this website. These cookies will be stored in your browser only with your consent. You also have the option to opt-out of these cookies. But opting out of some of these cookies may affect your browsing experience.
Necessary Always Enabled
Necessary cookies are absolutely essential for the website to function properly. This category only includes cookies that ensures basic functionalities and security features of the website. These cookies do not store any personal information.
Functional
Functional cookies help to perform certain functionalities like sharing the content of the website on social media platforms, collect feedbacks, and other third-party features.
Performance
Performance cookies are used to understand and analyze the key performance indexes of the website which helps in delivering a better user experience for the visitors.
Analytics
Analytical cookies are used to understand how visitors interact with the website. These cookies help provide information on metrics the number of visitors, bounce rate, traffic source, etc.
Advertisement
Advertisement cookies are used to provide visitors with relevant ads and marketing campaigns. These cookies track visitors across websites and collect information to provide customized ads.
Others
Other uncategorized cookies are those that are being analyzed and have not been classified into a category as yet.
SAVE & ACCEPT